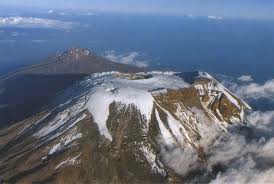 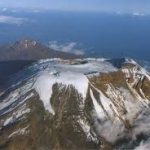 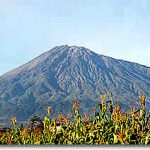 One of the best things about climbing Mount Meru is probably the chance of a phenomenal view of Mount Kilimanjaro. This probably defines Mount Meru in the local mountain mythology, and is the misfortune of a geographic feature that by any standards is a big mountain. At 14980 foot it compares neither in stature nor reputation to Kilimanjaro, and so is sharply overshadowed. However Mount Meru is a unique feature in its own right, and very much worth the effort to climb

Mt Meru is a real gem of a mountain and is often ignored by trekkers who only seem intent on climbing Kili. Meru is the second highest mountain in Tanzania at 4,565 m. There are great views down to the subsidiary cinder cone on the crater floor and of course across to Kilimanjaro for the next climb.

Combining trekking to the summits of the Africa’s continent’s highest and fifth highest peaks. Starting with the beautiful ascent of Mt. Meru – an exceptional crater rim roller – coaster warm up and acclimatization trek for the big one – Mount Kilimanjaro on Machame route.

Extra day to Acclimatize Shira Hut @ US$180 per person.